EXPERIENCE THE ROMANCE OF MUGHAL ARCHITECTURE which will literally carry you across time to the opulence and beauty of the medieval times. The genius of Mughal architecture arises out of a sensitive handling of materials, technique and design combined into a perfect union. The Taj Mahal is a visual treat in its perfection of space and proportion, in the classical perfection of its shape, in its combination of monumentality and delicacy, and in the quality of its decoration. Explore a fascinating combination of crumbling monuments, living temples, wild beauty, and your best chance to spot a wild tiger at Ranthambore National Park. 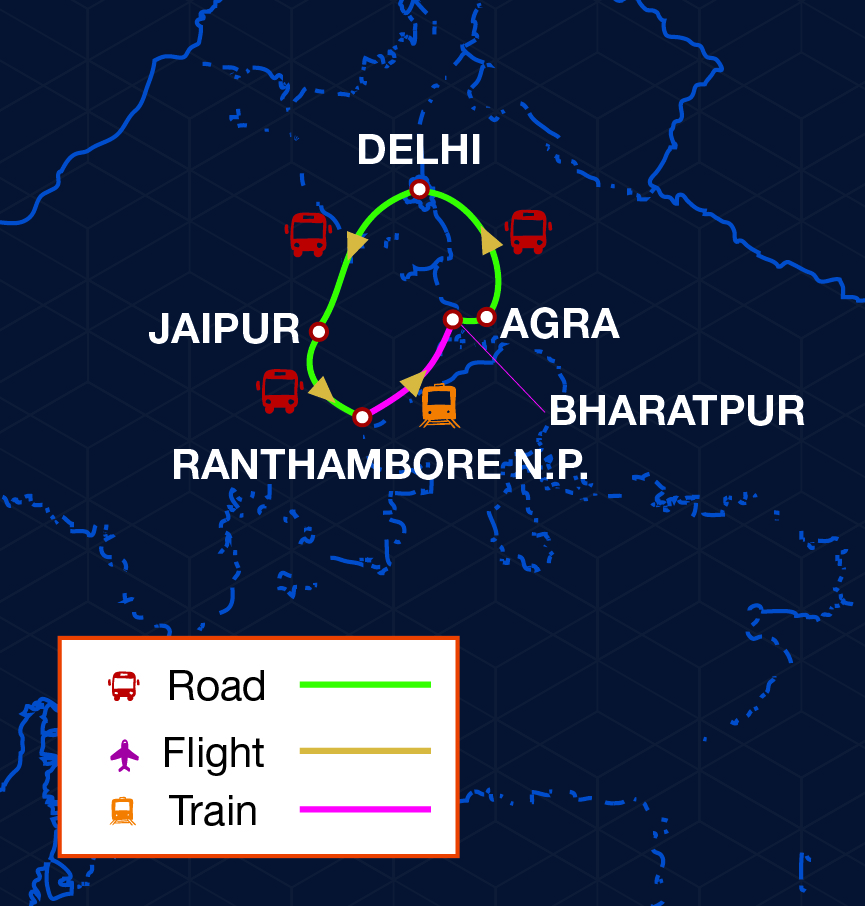 Breakfast. Morning travel by road to Jaipur, the capital city of Rajasthan, also known as the “Pink City”. Transfer to Hotel. Overnight at the Hotel.

Breakfast. Morning tour of Amber Fort and enjoy an elephant ride. Drive past the beautifully restored Jal Mahal, a former royal pleasure pavilion. Afternoon tour of the City Palace, it’s museum and Hawa Mahal or the Palace of Winds–a prominent landmark in Jaipur. Also visit, Jantar Mantar or the astronomical observatory, largest of the five observatories built by Jai Singh II. Explore the exotic ‘bazaars’ of Jaipur to discover the artistic wealth of the region. Overnight at the Hotel.

Breakfast. Morning travel by road to Ranthambore National Park, famous for its tigers and one of the best places in the country to see these majestic predators in the wild. Transfer to the Hotel. Afternoon safari into the Park. Overnight at the Hotel.

Breakfast. Morning and Afternoon nature safaris into the Park. In between the two safaris visit the Ranthambore School of Art and the Dastkar’s Project, a society for the craftsmen. Overnight at the Hotel.

Breakfast. Morning transfer to rail station for your train ride to Bharatpur.
On arrival travel by road to Agra visiting en route Fatehpur Sikri, a world Heritage Site. Fatehpur Sikri was the first planned city of the Mughals and was built by the Mughal Emperor Akbar during 1564 AD. Continue on your drive to Agra, famous as being home to one of the Seven Wonders of the World-the Taj Mahal. Transfer to Hotel. Overnight at the Hotel.

Breakfast. Morning tour of the Taj Mahal, India’s most fascinating and beautiful monument. Also, visit the Agra Fort, an imposing fort on the banks of the river Yamuna, built by Mughal Emperor Akbar. Afternoon travel by road to Delhi and transfer to the airport for your flight back home. 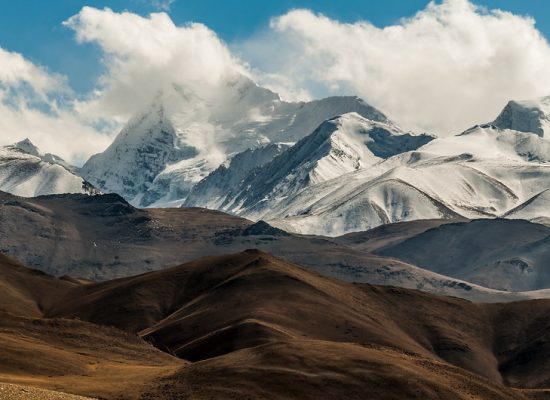 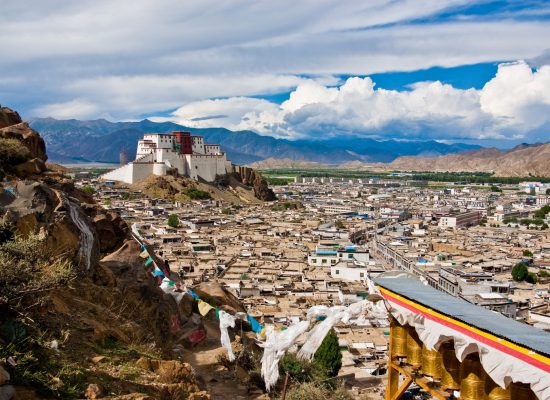 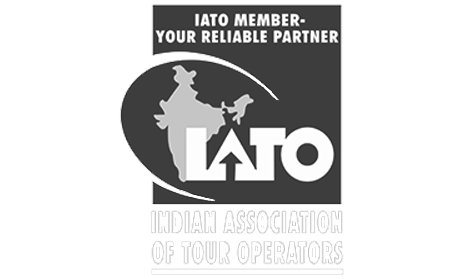